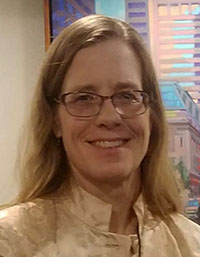 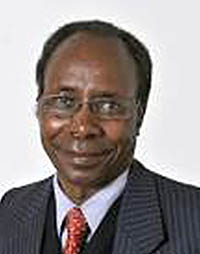 Dr. Jesse Mugambi, Co-chair of the Senior Advisory Council, is Professor of Philosophy and Religious Studies, University of Nairobi, from which he graduated with his BA, MA and PhD. For decades he has served as Theology Consultant for the All Africa Conference of Churches, based in Nairobi; Faith and Ecology Resource Person for the World Council of Churches; and Publishing Consultant for SPCK. His professional specialization and expertise includes Teacher Training; Communication Policy and Planning; and Higher Education Management. As an academic he has taught, researched, and published in Comparative Studies in Religion; Contemporary Religious Thought; Applied Ethics; Philosophy of Religion and Phenomenology of Religion. He is a strong advocate of contextualized authorship and publishing. He is a committed churchman (Anglican), an exemplary ecumenist and networker, and an extraordinarily productive academic whose interests, ranging across disciplinary lines, have resulted in many noteworthy publications, among which are: Christianity and the African Cultural Heritage (2005); “Climate Change and Food Security: A Challenge for African Christianity” and “Profile of African Christianity at Home and in the West” in Anthology of African Christianity (Regnum 2017); African Theology of Reconstruction (Butare 2016); “The Future of Theological Education in Africa and the Challenges it Faces” and “Challenges for Theological Publishing of Scholarly books in Africa” in Handbook of Theological Education in Africa (Regnum; 2013); Christianity and African Culture (Acton 1989, 2000, 2002); Contextual Theology Across Cultures (Acton 2009, with Michael R. Guy). He has been an active and effective member of the Africa Advisory Council since 2014. His global travels, extensive consulting, and longstanding contacts with colleagues in institutions across Africa, the Americas, Asia, and Europe have proven greatly beneficial to the DACB. 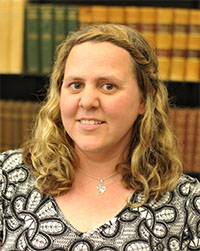 Frances (Beth) Restrick is Head of African Studies Library, BU Libraries. Daughter of missionaries in the Church of the Nazarene, Beth was raised in South Africa, eswatini, and Mozambique. She graduated from Eastern Nazarene College in Quincy, Mass., with a BA in General Science, minoring in environmental science. Upon graduation, she returned to Maputo, Mozambique, serving as a volunteer missionary to help establish and enlarge the library at the Seminário Nazareno em Moçambique. She later received a MA in Library and Information Science from Simmons Graduate School of Library and Information Science in 2006. Beth was appointed head of the African Studies Library in July 2009 where she continues to work. She also continues to remain active in missions, serving as secretary for the Education Development United Foundation (EDUF), which seeks to assist in the education of Nazarene pastors across Africa through resource support and scholarships. Locally, she serves on her church board, teaches children’s church, and serves on the board of directors of the Fire Escape Coffee House an interdenominational ministry in Weymouth, Massachusetts. She speaks Portuguese and Zulu. 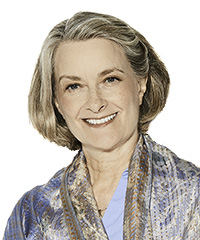 Dr. Dana Robert, Director of the Center for Global Christianity and Mission, is Truman Collins Professor of World Christianity and History of Mission at Boston University School of Theology. Her research and teaching interests span mission history, World Christianity, and mission theology. An Editor of the journal Church History, during 2016-17 she is a Henry Luce III Fellow in Theology, and Senior Research Fellow at the Leibniz Institute of European History in Mainz, Germany. She is a Member of the American Academy of Arts and Sciences. In 2017, she received the Lifetime Achievement Award from the American Society of Missiology. Her books include African Christian Biography: Stories, Lives, and Challenges (editor, Cluster 2018); Christian Mission: How Christianity Became a World Religion (Wiley-Blackwell, 2009), now in its ninth printing; Converting Colonialism: Visions and Realities in Mission History, 1706-1914 (editor, Eerdmans 2008); Christianity: A Social and Cultural History (co-author, Prentice-Hall 2nd ed. 1997), and the now classic American Women in Mission: A Social History of Their Thought and Practice (Mercer University, 1997). She wrote the book Joy to the World!: Mission in the Age of Global Christianity for the 2010-2011 summer schools of mission for The United Methodist Church. She is on the Editorial Committee for the digital humanities project Dictionary of African Christian Biography (www.dacb.org) and the Journal of African Christian Biography. In addition to STH, she is a faculty member in African Studies and the Graduate Division of Religious Studies. Robert received her BA from Louisiana State University and her MA, MPhil, and PhD from Yale University. 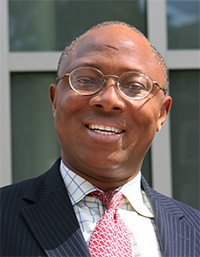 Dr. Nimi Wariboko, Chair, Executive Committee, is the Walter G. Muelder Professor of Social Ethics at Boston University School of Theology. He holds a PhD in Ethics (Suma Cum Laude) from Princeton Theological Seminary, an MBA in Finance and Accounting from Columbia University in New York City, and a B.Sc. (Economics, first class honors) from University of Port Harcourt, Nigeria. A lively transdisciplinary thinker, Dr. Wariboko loves to unfold, refold, enfold, and energize past and present ideas and hopes in relation to the possibilities of future human flourishing. The five pillars of his scholarship are economic ethics, Christian social ethics, African social traditions, Pentecostal studies, and philosophical theology. The structure of this creative body of work, which is characterized by rigorous interweaving of original insights from each of these fields, is mapped out by the following five central titles. The Principle of Excellence: A Framework for Social Ethics presents social ethics as action-provoking-and-guiding theories of praxis and actualization of potentialities for a more flourishing, inclusive, and creatively reconciled society; the focus of God and Money: A Theology of Money in a Globalizing World is a call for an alternative, inclusive global monetary system that can better support developing economies; Ethics and Time: Ethos of Temporal Orientation in Politics and Religion of the Niger Delta explores the emancipatory core of African culture; The Pentecostal Principle: Ethical Methodology in New Spirit develops a pneumatological methodology of ethics for public policies in pluralistic communities that are open to God’s Spirit; and Economics in Spirit and Truth: A Moral Philosophy of Finance situates a social justice-oriented “care of the soul” at the intersection of radical continental philosophy, economics, and politics to craft an ethics of antifragility and potent freedom that might counter the fragilities unleashed against our socio-economic fabric by late capitalism or global finance capital. 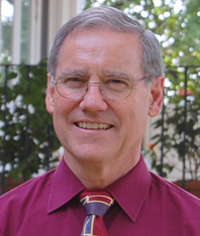 Senior Advisor Dr. Jonathan J. Bonk, Founder and Director Emeritus and Co-chair of the Senior Advisory Council, is Research Professor of Mission at Boston University. In 1995, he founded the Dictionary of African Christian Biography, an electronic, multilingual, non-proprietary reference tool www.DACB.org, and served as director until September 2020. The DACB has served as a stimulus for similar undertakings in Latin America, China, Singapore, and India. He served as Chair and Professor of Global Christian Studies at Providence University College and Theological Seminary in Manitoba, and as Adjunct Professor of Evangelism and Mission at both Yale Divinity School in New Haven and Presbyterian College and Seminary in Seoul. He is Executive Director Emeritus of the Overseas Ministries Study Center in New Haven, Connecticut www.OMSC.org where he served as Director from 1997 until his retirement in July 2013. He was Editor of the International Bulletin of Missionary Research from July 1997 until June 2013. He received all of his primary education and part of his high school in Ethiopia, Eritrea and Somalia, where his missionary parents served as builders of schools and hospitals until their retirement. He served as famine relief coordinator for Tigre Province in northern Ethiopia from 1974-1976. His adoptive family draws him back to Ethiopia regularly to visit the relatives of his adopted children. His MA project from Trinity Divinity School was “An Annotated and Classified Bibliography of English Literature Pertaining to the Ethiopian Orthodox Church.” His PhD from the University of Aberdeen in Scotland focused on the theory and practice of missionary identification during the high Imperial era (1860-1910), with special reference to Central Africa and Central China. In 2013, he was awarded an honorary Doctor of Divinity by Berkeley Divinity School at Yale for his contribution to the study and understanding of world Christianity. He has served as President of several academic associations, including the American Society of Missiology (ASM), the Association of Professors of Mission (APM), and the International Association for Mission Studies (IAMS). He has served on the editorial board of the Oxford Studies in World Christianity series since 2006, and is current President of the [Korean] Global Mission Leadership Forum. In 2005, in collaboration with Yale Divinity School Library, he spearheaded the online database “Researching World Christianity: Doctoral Dissertations on Mission Since 1900.” In 1995, in addition to founding the Dictionary of African Christian Biography, he created an electronic index for his Ida Grace McRuer Missions Resource Centre’s collection of mission-related serials, a collection that was relocated to the University of Edinburgh in 1997, and then to Liverpool Hope University in 2008 where it is now part of the Andrew F. Walls Centre for the Study of Christianity in Africa and Asia. He has published five books, more than one hundred scholarly articles and book chapters, numerous reviews and editorials, and is the editor of seven collaborative volumes. His best-known book is Missions and Money: Affluence as a Western Missionary Problem (Orbis: 1st edition 1991, 13 printings; 2nd edition 2007, 3 printings), translated into Korean and Burmese. He is editor of the Encyclopedia of Missions and Missionaries, Volume 9 in Routledge’s Religion and Society Series (2007). He and his wife, Jean, are active members of the Fort Garry Mennonite Fellowship in Winnipeg. During the 49 years of their marriage, their home has become home to a number of refugees, “illegal” immigrants, needy young adults, and a number of children and other folks who have needed a temporary or longer term place to call “home.” The net result today is a family on a modest traditional Mennonite scale, with “relatives” everywhere. He lectures part time at the Canadian Mennonite University in Winnipeg, and is an active member of his church’s Refugee Welcoming Committee, now serving a recently-arrived family of five from Syria.