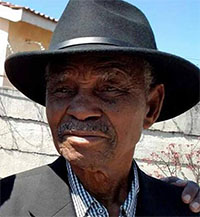 Tennis Alfas Mutowa passed away 26 October. He was 83 years old.

When the Church of the Nazarene entered Zimbabwe in 1963, Mutowa was among the first converts under the ministry of missionary Morris Hall. Soon after he joined the church, Mutowa received a call to ministry and was sent to Malawi to study.

He returned to Zimbabwe in 1965 and became the first fully trained Nazarene minister. He was considered a gifted evangelist, and he planted and grew several churches in Zimbabwe.

Mutowa is survived by his wife, Margaret, their five children, and their many grandchildren.

Prayer is requested for the Mutowa family.

–Church of the Nazarene Africa