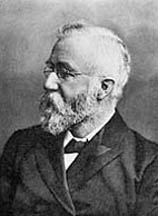 George Grenfell was a Baptist Missionary Society (BMS) missionary and explorer of the Congo River. As a young man he was interested in the exploits of David Livingstone and Alfred Saker. In November 1874, after study at Bristol Baptist College, he was accepted for service in the Cameroons. He sailed the following month for West Africa in the company of Saker. Initially Grenfell worked alongside Saker at Cameroons Town (now Douala), teaching practical skills to the young men of the mission community. In 1877 he lost his first wife Mary (Hawkes), whom he married only 11 months previously. Shortly after her death, he was joined by another young recruit, Thomas Comber. The two missionaries began a series of exploratory journeys inland from Cameroons Town that foreshadowed the role that Grenfell was subsequently to play in the Congo.

In October 1877 the BMS invited Comber and Grenfell to investigate the prospects for a mission to the Congo River. Two exploratory journeys in 1878 led to the commencement of the Congo mission in the following year. Grenfell, however, resigned from the BMS in August 1878 following the discovery that his Jamaican housekeeper in the Cameroons, Rose Edgerley, was pregnant by him. He returned to the Cameroons to marry her. After working for a commercial concern in the Cameroons from 1878 to 1880, Grenfell was reengaged by the BMS. He was soon recalled to England to supervise the construction of a mission steamer, the Peace, to facilitate advance on the upper Congo River. By December 1886 the Peace had made six journeys of exploration of the upper Congo and its tributaries. By 1896 Grenfell’s work had borne fruit in a chain of mission stations stretching from Stanley Pool (modern Kinshasa) to Yakusu (just downriver from modern Kisangani).

In 1884 and 1885 the European powers had recognized the sovereign rights over the Congo of Leopold II, king of Belgium. Grenfell held to a belief in the essentially humanitarian character of Leopold’s Congo Free State until king after most informed observers had revised their estimate of Leopold’s alleged benevolence. By the mid-1890s evidence was accumulating of widespread atrocities perpetrated by state agents in the conduct of the rubber trade. Leopold responded in 1896 by appointing a Commission for the Protection of the Natives, comprising six missionaries, one of whom was Grenfell. Grenfell by now admitted the existence of abuses, but he remained persuaded of Leopold’s personal good intentions until 1904.

Grenfell’s abiding significance is as a mission strategist for central Africa. He was influenced by Robert Arthington’s vision of a chain of mission stations stretching across Africa to meet the westward advance of the Church Missionary Society from Uganda. Grenfell’s determination in his later years to press further along the upper Congo and its tributaries, though thwarted by the Congo Free State authorities, was founded on an astute perception that in the twentieth century the sub-Saharan belt would become the principal area of conflict between Islam and evangelical Christianity.