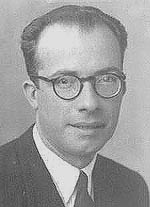 Mr. Humberto Pires Ferreira was born in the village of Paúl on Santo Antão. In 1933 he graduated with honours from São Vicente high school, taught school for three years and then entered the public service. He served in many high offices with distinction and became the administrator of Brava Island. He was decorated by President Craveiro Lopes of Portugal for his outstanding administrative, fiscal and developmental contributions to the islands. He played the organ and violin and had unusual talent for writing poetry and music.

At the capitol city, Praia, Humberto Ferreira was once ill with a high fever and the doctor recommended ice bags. Ice was supplied by missionaries, the Howards, and when he went to thank them he first met the Nazarenes. Transferred to the interior he was on one occasion drawn to a service in Santa Catarina by the joyful and expressive music that he heard from the street.

He was separated from his wife, Mrs. Idalina Ferreira, and only daughter, Maria Celeste. Idalina was a medium for Spiritualists in Fogo. As a result of the separation he was lonely and needed friends. Forgetting his position and social connections he knelt at the little altar in Santa Catarina and sought God. That was in 1943 when he found the Lord and his life was changed. He soon became active in serving the local church and organized the first choir. He later became dean of the Bible College.

God answered his prayers for Idalina. Nazarene missionaries in São Vicente, Rev. Earl and Mrs. Gladys Mosteller, contacted her and her daughter who was eleven. Maria Celeste went to Sunday School with the Mosteller children and loved the singing. She had a sweet voice and sang songs translated by her father whom she did not remember. In 1950 Humberto’s wife Idalina came to pray. She met Jesus and eventually became fully sanctified. Humberto and Idalina were joyfully reunited and could give their daughter a Christian home.[1]

In 1952 Humberto Ferriera accepted an invitation to move to São Vicente and assume the task of creating and directing the Nazarene printing plant and publishing program. This program included the printing of many thousands of tracts, five regular monthly publications and many books. The Editora Nazarena has achieved great distinction in its contribution of holiness literature to the whole evangelical Portuguese world.

The culminating achievement of Mr Humberto Ferreira was the production of the Portuguese Nazarene hymnal, Graça e Devoção. He translated, wrote or corrected most of the 424 hymns. The last one he did was, “God is still on the Throne.” He wrote beside the title, “This has to be our certainty and our hope in days like these.” It was presented at the district assembly in 1968. After that he felt that he could go in peace. He had been in poor health for some time and arthritis made it difficult for him to complete this task. His hands became so crippled and swollen that Idalina had to tie the pen to his hand so that he could write.

He worked up until three days before he passed away very unexpectedly. Missionary Rev. Elton Wood in the Bible College wrote this tribute:

Our school will continue to teach but it will never be the same. We have lost that fertile mind which produced so many practical and productive ideas and that steady hand which helped to guide us through these formative years.” Another missionary, Rev. Clifford Gay, expressed their loss to the church in the words of the psalmist, “Know ye not that there is a prince and a great man fallen this day.[2]