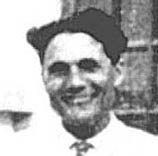 Mr. Antão Melo Lima, nicknamed “fighting Phil,” lived in the Valley of the Towers near Povoação on Santo Antão. He was a six-foot tall, brawny, husky, stout, enthusiastic and smiling man of property who employed many on his farm. In 1955 he received the unprecedented honour of being twice decorated by the president of Portugal for his outstanding agricultural contributions to the islands.

Pastor António Gomes preached one night in the home of Antão’s uncle, who was an atheist. Antão was greatly impressed by the pastor’s earnestness and tears. Soon after that on his death bed, his uncle called out, “Mercy, my God, mercy!” His uncle’s sudden belief in God impressed him. Then Antão’s son died and he was brokenhearted. He went out into the banana patch, got down on his knees, looked up and said, “O God, if there is a God, I want you to take this hurt away from me right now.” Miraculously, the cruel pain and hurt left him. He decided he would seek conversion and went to find the Nazarene pastor.

On the way to town he met a pal, took a drink, played a game of cards, fought a fight and then decided he would repent the next day. Two storekeepers said that every time Antão Lima and his friend came to town drunk, as they normally did, every store in town would close its doors. Five men could not overpower the two of them.

He did find Pastor António the following day. He said, “I found the way of gladness. My companion and I got married and dedicated our children to the Lord in the same service.” (Common law marriages had been universally accepted on the island.) He told his employees that there would be no more work on Sundays and they should all go to the Nazarene Church. Many found the Lord and were married and had their children dedicated along with Antão. He went up and down the aisles of the church that day shouting happily. Later they were all baptized.

The angry priest excommunicated everyone in the valley and called down a curse on the fine fruit trees. For the first time ever known, the trees gave two harvests that year and the priest withdrew to Portugal. Mr. Antão Lima had his income reduced because producing molasses from his sugar cane was less remunerative than producing brandy, but he was happy to serve the Lord with his life and goods. He became Sunday School Superintendent and organized several Sunday Schools. His young people walked many miles evangelizing.[1]

He passed away in Brazil.