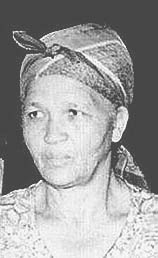 Mary (Coleman) Kamanga was one of the pioneer Christian teachers of the Church of the Nazarene in eswatini. She grew up in the family home at Motshane in the Hhohho region of eswatini. While attending the Nazarene School at Endzingeni, she found Christ as her personal Saviour. This commitment remained vital and fresh and continued influencing her life until her last breath. Around 1929, she went to Siteki and taught in the Siteki Nazarene Primary School there. While there, she felt led to go to the RFM Hospital for nurses training. However, missionary Agnes Hynd directed her towards becoming a teacher as the educational work of the mission was just beginning.

Mary began teaching in the Nazarene Primary School in Manzini. She became the first Swazi teacher to join missionaries Margaret Latta and Bertha Parker in establishing the first training college for teachers in eswatini in 1936. In 1945, she spent a year doing Bible college training in Cape Town.[1]

Returning to Manzini, she served at the Teachers Training College until retirement in 1973. She had a vital part in the development of teachers’ training, from the days when training was given for six months with an entrance level of Standard four and the issuing of a Vernacular Certificate, until the day of the Primary Teachers’ Certificate. Hundreds of teachers came under her influence and caught something of her Christian spirit of service as she sought to uplift the educational and spiritual life of the nation. She was an outstanding and indispensable lecturer in the Nazarene Teachers’ Training College.

She was also a pillar in the local church at the Manzini Mission.[2] She served for many years as matron of the girls’ hostel and set the discipline and spiritual tone there which continues even today (1991). In 1970, she was honoured at a special recognition service for thirty-four years of service as a teacher and matron of the hostel. She was married to Mr. Wilfred Kamanga in 1950. She met him when he came from Malawi as a carpentry teacher at the Manzini Nazarene schools. They made a good team.

Mary was instrumental in opening many wayside Sunday schools under trees or in homesteads, many of which developed into churches. In later years, she helped to found churches, as she accompanied the missionaries in their vehicles. She went to Tulwane with Miss Mary McKinlay, Jabukweni with Miss Claudia Stevenson, and Dr. William and Marsha McCoy, Emdumezulu and Ntabamhloshana with Dr. Bienvenido and Maria Nacionales. Right up until the last few weeks of her life, before she died of cancer, even though weak and sick, she would go with Ms. Bonita Phillips to eMphosi where a new outpost was being established. Many have become Christians through her life and ministry. She was a great supporter and confidant of missionaries, helping them especially in adjusting to and learning the culture and language of the Swazi people.

Along with Mrs. Rosemarie Hynd, she developed a close relationship with the wives of King Sobhuza, and they held prayer meetings in the royal residences of Lozitha and Masundwini. King Sobhuza II recognized her contribution to the welfare of the nation by allocating a portion of land at Nhlambeni for her and her husband to establish a homestead.

The Kamangas took many children into their home as part of the family, supporting them in school and giving them a safe place to stay and become useful citizens. Some are now preachers, teachers, nurses and are in many other fields of employment. Mary became a mother many times over. Those she took in can stand up and call her blessed. She often cared for sick people.

Of those who met her, none can forget her spirit and her love for God and her Saviour, Jesus Christ, even in her dying moments as she lay in the hospital bed. Mrs. Mary Kamanga had a beautiful death. She was ready to meet her Saviour and there is no doubt that Heaven welcomed her to her eternal home on Saturday, August 31, 1991. She will long be remembered for her service to God and the church.[3]