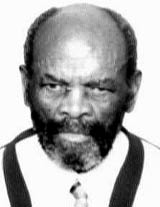 Ralph Kunene attended the mission school at Pigg’s Peak in the north of eswatini. In 1933 he was one of those (along with Leonard Sibandze) who walked the long journey of about ninety miles when the school and Bible School moved to Siteki. He became a pastor and teacher in eswatini Nazarene schools and started teaching in 1942 at Endzingeni Nazarene Mission School in the Northern District. In 1944 he married Regina Meredith Magongo (1923 to 1985).

In 1956 while headmaster of the large Pigg’s Peak school, Kunene gave up a good government salary. He did this to follow God’s call into the full-time ministry. He explained, “I decided to go to Bible College even though it meant separating from my family and allowing others to rear three or four of our children.” As it turned out, a way was provided for them all to go to Siteki Bible College. [1] He graduated from the four-year course and Regina from a one-year course in 1960. He was ordained as a minister in 1961 by General Superintendent G. B. Williamson. He and Regina pastored at Mhlume, a sugar cane project in northeastern eswatini, and he was the head teacher at the local school. In about 1966 they went to serve the Eduduze Church and school near the Havelock Mine with the same assignments.

Ralph Kunene once gave the following illustration of holy living: Not having the Holy Spirit in our lives is like a wagon running on the spokes without rims on the wheels. It is hard to pull and is not able to move ahead quickly. There is always danger of spokes breaking and of not arriving at one’s destination. When you receive the Holy Spirit you have rims on the wheels. The wagon runs smoothly and you do not have to worry about a breakdown.” [2]

After retiring from teaching, Kunene pastored at Matsapha in central eswatini. Regina died in 1985. [3] Matsapha is where the International Airport is located. It is a large industrial area close to Manzini, the largest town in eswatini and is not far from Mbabane, the capital of eswatini. He later married Rebecca Mhlanga (1932- ).

After Kunene retired as pastor and his health deteriorated Rebecca pastored the Matsapha Industrial Church and he assisted her. [4] She retired from a most fruitful ministry early in 2001. Dr. Samuel Hynd said of her: “She is one of the ‘old timers’ who has been one of the most effective and meaningful pastors in the district.” The Kunenes moved to Ngwane Park in Manzini and attended the Zakhele Church. Rebecca was great blessing and a help to the pastor, Rev. Goodwin Chirwa. She was also often desired for retreats and other special meetings–a wonderful messenger of the gospel. [5]

Rev. Ralph Kunene was a successful and influential pastor and teacher in the Northern, Eastern and Central Districts of the Church in eswatini. He set a wonderful example of sacrificial commitment in giving up a lucrative salary as principal of a large government school to follow God’s call to the ministry. As a pastor, his teaching was limited to serving in small mission schools where he pastored.