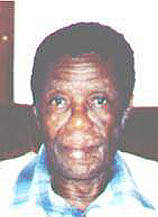 Norman Magodzi Vilakati was a herdboy from a homestead near the Endzingeni Mission. His father would not allow the Christians to witness in their home. One day, after a cow trampled Magodzi, badly tearing his mouth and face, they brought him to the mission with a cloth over his face and great numbers of large flies following. After he recovered he stayed at the mission and entered school.[1] He married Miss Myrtle Buyile Sibandze, a sister of Rev. Leonard Sibandze.

In 1942 when in teachers’ training at Adam’s College in Natal, God showed him in a dream the need of the Swazi people and told him that He wanted to use him. From then on, Vilakati obeyed that calling.[2]

As a dedicated teacher and lay pastor Vilakati ministered through Nazarene schools to the Swazi nation. From about 1962 to 1966 he was pastor and headmaster at the Eduduze Church and School near the mining town of Havelock. He went to Lesotho to study and obtained his secondary school teacher’s qualification.

As head of the Siteki Secondary School in 1968, he wrote in testimony, “The Lord of light and mercy extended His hand and freed me from bondage that brought pain and death. I am determined to witness to this wonderful freedom all the days of my life.”

Vilakati taught for a time at the Nazarene Teachers’ College in Manzini and served as boarding master of the men’s residence. For a time he served at the eswatini Embassy in Washington D.C. in the USA. After serving in government schools for several years, he retired at Manzini.[3]

Mr. Norman Vilakati actively participated in the work of the church at all levels. Church boards knew him as a person who wanted things done correctly. In good spirit he was often known to investigate matters to find the truth until all were satisfied. He wanted to be sure that things were going in the right direction for the welfare of the church and for everyone involved.[4]