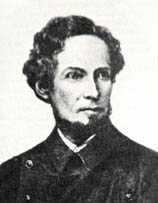 Born in a poor home in Winnenden, southwest Germany, Christaller showed unusual intelligence, great eagerness to learn, and exceptional ability in languages. A product of the pietist fellowships within the Lutheran Church, he early sensed a call to missionary service. After four years of training at the Mission House in Basel, he was sent to the Gold Coast (modern Ghana), arriving in January 1853. In addition to teaching at the recently founded (1848) Basel Mission Seminary at Akropong-Akuapem, his major task was Scripture translation and the production of other Christian literature for the growing indigenous Christian communities.

Christaller rapidly mastered the Twi language and began his translation of the Bible. In 1859 all the four Gospels and the Acts of the Apostles were printed. By 1863 all the books of the New Testament were available in separate volumes. Psalms and Proverbs followed in 1866. Of rather weak constitution, Christaller had to return to Europe in 1868, But he took with him the complete text of the Bible in Twi, which was printed in 1871. From Schondorf , where he had settled, he continued to serve the Twi-speaking churches in the Gold Coast. In 1875 he published his scientific grammar of the Twi language, followed in 1881 by his magnum opus, Dictionary of the Asante and the Fante Language—called Twi (two volumes), a veritable lexion of Akan cultural, religious and social ideas. From 1883 until his death Christaller edited The Christian Messenger, which continues today as Ghana’s oldest Christian periodical. Christaller was twice awarded the Prix Volney of the French Academy. His contribution to the development of indigenous Christianity in Ghana was well assessed by Noel Smith: “Christaller’s work achieved three things: it raised the Twi language to a literary level and provided the basis of all later work in the language; it gave the first real insight into Akan religious, social, and moral ideas; and it welded the expression of Akan Christian worship to the native tongue” (The History of the Presbyterian Church in Ghana, 1835 - 1960 [1965]).