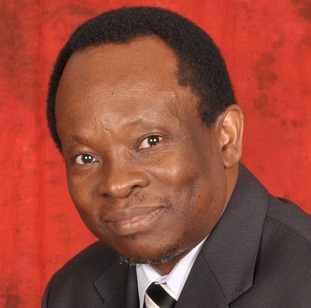 Born in Freetown to Moses and Admire Carew, Carew spent his first years in Sierra Leone. Raised Anglican, he grew up in Holy Trinity Church in Freetown. He studied at Fourah Bay College earning a  Bachelor of Science degree in December of 1979 and a Postgraduate Diploma in Education in 1980, and taught at St. Joseph’s Secondary School. He married his wife Ayikulola on January 12, 1985 at St. George’s Cathedral, right before moving to Nairobi to study for a Master of Divnity at Nairobi Evangelical Graduate School of Theology. While in Nairobi, the couple had three children: Oluniyi, Rodney and Serah. After returning to Sierra Leone for a few years to lecture at Sierra Leone Bible College, Carew moved to the United States. There he earned a Ph.D. from Trinity Evangelical Divinity School in 1988, writing a dissertation called "To Know and Not to Know: Hosea’s Knowledge in Discourse Perspective."

The newly-minted Dr. Carew returned to Kenya, where he taught and later served as Vice Chancellor of NEGST. While living in Nairobi, he was a member of Nairobi Chapel, where he served in ministry as a couples counselor. He played a significant role in the effort to transform his alma matter into Africa International University, obtaining a university charter from the government of Kenya in March 2011. "AIU is an Evangelical Christian University endeavoring to participate in God’s mission in the world by bringing a Christ-centred worldview to bear on knowledge, research and community engagement," Carew wrote in 2012.[1] Carew was also a contributor to the Africa Bible Commentary. He died on Nov. 9, 2012, in Indianapolis, Indiana, USA.

This article, posted in 2016, was written by Trevor Persaud, an M.Div. student at Boston University School of Theology.