Wyndham Chechamba was a prominent Malawian choral composer and musician, [1] who found a vocation in developing church music as a vehicle for the inculturation of Christianity in Malawi while also staying true to the musical tradition of his church’s Scottish roots.

Wyndham was born to a Yawo father, Richard Chechamba, and a Lhomwe mother Jessie Chiyani on May 5, 1934 at Gweru’s Hospital in Zimbabwe but both his parents were from the Zomba district of Malawi. He had six sisters and a brother. Wyndham was married to Kathrine Kamwendo and they had seven children. Besides his musical talent, from the age of six Wyndham was able to speak four languages: Yawo, Chewa, Shona, and IsiNdebele. Later on, he added English, Tumbuka, and Swahili to his language list. [2]

At St Michael and All Angels Church in Blantyre, Wyndham Chechamba was the second Malawian to play the organ after Mungo Chisuse. Until the very last days of his life, Wyndham strove to keep the congregation true to the original hymn tunes over acquired tunes despite the latter being popular amongst the members. [3] His strictness in adhering to the original tunes provided by the composers in the Hymns for Malawi is attributed to two factors. First, his music lessons from Hazeldean Ralph Tata, a music teacher at Henry Henderson Institute, helped him to read tonic sol-fa and staff notations. Secondly, he was influenced by his interaction with several Scottish missionaries during the period when he stayed at Blantyre Mission with his sister Emily, wife of a teacher at HHI, Allan Garnet Somanje. [4]

Chechamba’s musical career can be traced back to 1939, the year he started school at Wesleyan Church’s Kindergarten School. During the school closing ceremony at the end of term he sang a song that his father had taught him titled “I Shall Make Thee Fishers of Men” and aroused overwhelming applause from the audience. His musical career advanced upon his return to Nyasaland in 1940 while at HHI primary from 1941 and later when he joined the Nyasaland King’s African Rifles (KAR) as a bandsman on May 18, 1952. Wyndham was exposed to musical influences from other countries when he interacted with the likes of Zambian musician and broadcaster Alick Nkhata and Wilson Makawa during foreign missions with the army. [5]

His calling to music ministry in the church occurred when he was hired to play at a wedding in Blantyre in 1980. After successfully playing the hymns at the wedding, his colleagues asked him to which Christian Denomination he belonged for it did not make sense to be able to play church hymns as well as he did yet without having a proper relationship with God. These colleagues told him that by being gifted with such a special talent for playing spiritual hymns, it was necessary for him to always go to church and praise God for the special gift the Lord had chosen to give him. So he concluded that, “The Lord’s angel has spoken through these people, therefore, there is no other thing to do than to go where the call came from thus where God is found and present myself before him.” [6] Indeed he went and found Rev. Gibson Kazembe, minister of St Michael and All Angels, who warmly welcomed him.

At Blantyre Mission’s St Michael and All Angels church, sometimes called a “cathedral” due to its design, Chechamba trained several leading pianists such as Nathan Chithambo, Ermine Chechamba, Morris Kafoteka, and Mr Siyabu. [7] Beyond that, he worked as one of the judges in Blantyre Mission’s music competitions. Wyndham worked hard alongside a committee set up by Blantyre Synod to compose and compile hymns in the Yawo language. [8] Since he died on August 7, 2021, Wyndham did not live to see the launch of the Yawo service in April 2022 at Naisi CCAP in Zomba, eight kilometers from his home.

Chechamba’s appetite for inculturation through music was not a result of his failure to cope with international musical traditions. He was able to read tonic sol-fa and staff notation and was an expert in playing such musical instruments as saxophone, bugle, drum, guitar, banjo, and clarinet. Upon his return home from Zambia in 1967, he was recruited to train and arrange a band at the newly established Malawi Broadcasting Corporation (MBC) together with Mjura Mkandawire, another great musician of that time. It was while at MBC that Wyndham’s spirit of inculturation found expression as the band featured on a radio program where it performed local Malawian songs under the theme “Kwanu –mkwanu” (There is no place like home) and later Za Make-Dzana (of The Ancient Days). [9] Therefore Chechamba turned out to be a man of three worlds in music in the sense that he was playing classical music in the church, jazz in the hotels like Mount Soche, and traditional songs at local functions.[9b]

In 1997 he registered his music school called Chechamba School of Music which has trained several local musicians such as Code Sangala who described him as “a legendary musician, multi-instrumentalist, a historian and without a doubt before the time of his death, a library of the music in Malawi.” [10] On March 3, 2000, Chechamba organized his first orchestral concert where he performed alongside such prominent musicians as Matthew Numero, the first Malawian to be trained to direct music. In 2014 and 2017 Chechamba held concerts at the College of Medicine Sports Complex together with the orchestra of the New Apostolic Church. [11] When news of his demise was announced, Redson Kapindu, a Supreme Court judge and a member of St Michaels, lamented saying “This is so sad. Gogo [grandfather] Chechamba is a true musical legend. His legacy at St. Michael and All Angels Church is permanent.” [12].

“One thing distinguishes Malawians from any other nation, even more than their close neighbours, Mozambique, Zambia, and Tanzania: their love for music”, wrote John Lwanda. [13] Having served in such a music-loving context, Wyndham Chechamba’s role as a cultural broker who wanted the church to be true to itself, with clear adherence to either classical or traditional music, can be compared to that of the apostle Paul who said “to the Jews I became like a Jew, to win the Jews. To those under the law I became like one under the law (though I am not under the law), to win those under the law”. [14]

This article, submitted in November 2022, was researched and written by Thokozani Chilembwe, Schools Chaplain, Church of Central Africa Presbyterian Blantyre Synod, under the supervision of Professor Kenneth R. Ross as one of the requirements of the Church History course on the MTh in Contextual Theology at Zomba Theological University. 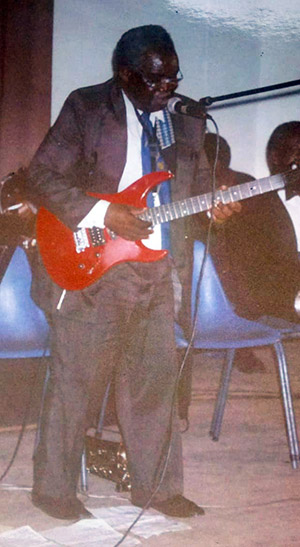 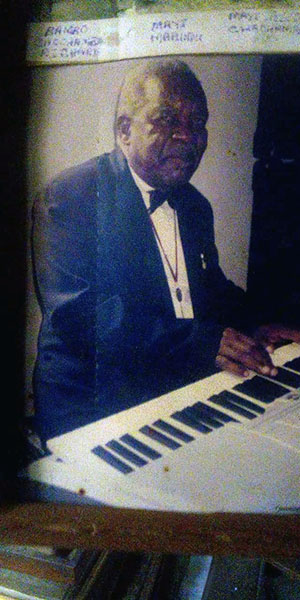 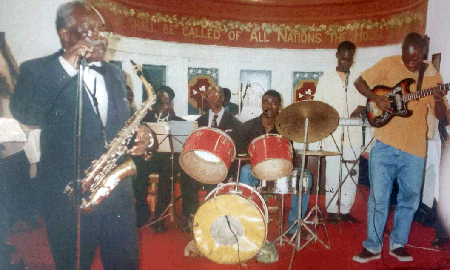 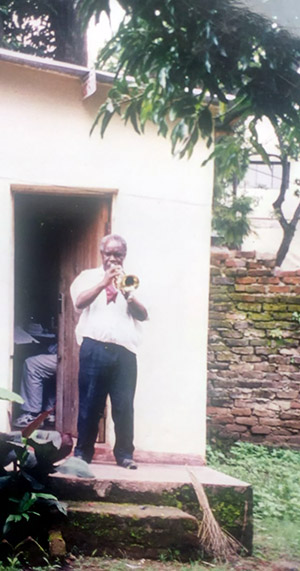 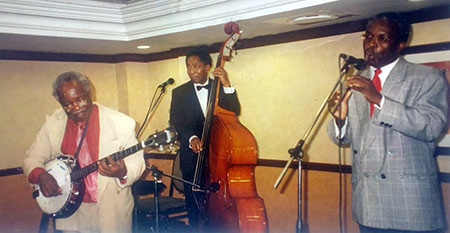