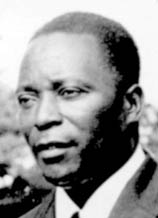 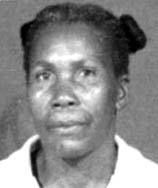 Benjamin (Beni) Enosse Langa was born to Mr. Enoosi and Mrs. Roda Langa. As a boy he herded goats and sheep. He found the Lord at his home church when he heard a sermon on Ezekiel 18: 19-20, “..The soul who sins is the one who will die…” Later he went to Maputo to school and lived for five years in the home of a Dr. Ribeiro who was at that time a Nazarene member. He worked as a cook and when Ribeiros left he worked for one year at the Hotel Savoy. He was sent to Lourenço Marques (Maputo) to study and to learn Portuguese.

Then he trained in Bible College at Siteki, eswatini, during 1947-1949 and was sanctified wholly while he was there. After that he pastored at Mangonde, Macuacua, where he opened a Portuguese middle school. He and Miss Alice Isaias Nduvane (1928-1998) married in 1951.

She was born at Dlovukazi, XaiXai into a Christian family. Alice attended primary school at Tavane and as she did well the church gave her a scholarship to complete her primary school studies in Maputo. Then she returned and taught at Tavane until her marriage.

Alice was a strong, praying Christian. She supported the ministry of her husband and helped many to be strong Christians. She was especially gifted in counselling.

She taught her children about Jesus while they were still young. Their daughter, Margarida now (in 2010) Principal of SNM in Maputo, wrote of her parents:

As one member of the family of Rev. and Mrs. Langa I have learned a lot concerning the Christian life. I have learned to trust Jesus even in times of need, because He always cares about His people. My parents never complained about the ministry even when they encountered difficulties and problems. They always praised the Lord even in times of need and suffering. My parents throughout their lives have also taught me to remain faithful to God even though it means paying a price and even if I would have to go to jail because of my faith. [1]

The Langas went to Tavane in 1952 where he taught in the Bible College and pastored the Magaiza Church. Langa was sent there when all Nazarene schools outside the mission were closed by the government. During 1956 and 1957 Langa enrolled for advanced Bible College studies equivalent to the first year of a Bachelor of Theology degree.

The Langas went to Tavane in 1952 where he taught in the Bible College and pastored the Magaiza Church. Langa was sent there when all Nazarene schools outside the mission were closed by the government. During 1956 and 1957 Langa enrolled for advanced Bible College studies equivalent to the first year of a Bachelor of Theology degree.

He was the evangelist, along with Rev. Isaac Mandlate, in the great revival at Tavane in 1958, one of the greatest the church has seen in Mozambique. He pastored at Mavengane in 1958 and was ordained that year by General Superintendent Samuel Young. In 1964 he was elected the first District Superintendent for the Church of the Nazarene in Mozambique. This Northern District comprised over eighty-five churches. Through the years he and Rev. Noé Mainga worked very closely together.[2]

With the coming of the Mozambique revolution in 1975, the missionaries had to withdraw from Tavane. Before they left, Benjamin Langa told them, “I want you to know that whatever may happen in our country, we are going to be Christians.” He said this in a sermon that he illustrated with a branch from an orange tree that he held up. He had tied some oranges onto it, some loosely and some strongly. Then he shook the branch from time to time as he preached. Some oranges fell off but most held on tightly.[3]

Those were difficult days for them. Benjamin Langa told how the police came to visit him. They came to take his house, furniture and car. As it was mission property, it now belonged to the revolution, they said. He told them that God had given it all to him. “You can take everything, but you cannot take Jesus away from me.” They came a second time to visit him and told him that he had to stop preaching or he would be killed. He replied, “You can kill me but there are thirteen thousand Nazarenes in this country who would rather die than stop witnessing about Jesus.” After that they did not return again.[4]

On one occasion Langa went to hold a service at the village of Laranjeiras. As he stood to preach, soldiers arrived and one soldier stood behind him with a rifle pointed at his back, almost touching him. He delivered his whole message this way. On other occasions, soldiers or police officers would be present in the services and once in a while these persons would repent. Often services were prevented from continuing.

The Christian Council of Mozambique organized a service in the village of Ringwane near the town of Manjacaze and toward the end of the meeting the local pastor was arrested for leading the service. The local government secretary told him that his punishment would be to dig out tree trunks. The other pastors protested saying that he was not solely to blame but that they had been there as well. Over the protests of the secretary all of the pastors began to dig out the tree trunks. At that point they were all arrested and taken to Manjacaze and the office of the District Administrator who threatened to beat them all with a shambok (a four-foot long whip made of hippopotamus hide). They all responded that he could do as he wished or even put them all in jail. With that, the Administrator left the office and went home leaving the pastors sitting there. After several hours, the secretary in the office told them all to leave, but they refused preferring to wait for their punishment. Finally, even they tired of waiting and returned to their homes.[5]

The government eventually nationalized the Tavane Mission on January 7, 1977. According to Benjamin Langa’s account, they had to hand over the keys to their homes on the mission and had nowhere to sleep that night. As the church was still open, they slept in it, the men on one side and the ladies on the other. They sang, “All the Way My Saviour Leads Me.” The funeral service for Mother Muiocha was the last service they were able to hold there.[6]

Professor Vicentee Mbanze continues the account. The church keys were taken from the pastor, Pastor Francisco Langa. All of the mission books and the Bible College library were declared obnoxious propaganda. The Christians were not allowed to keep any of them. School children were ordered to collect them all and dump them into a great pit where they were burned.

By 1982 the tide against the church began to turn but with the civil war continuing, life was still dangerous. Missionary Frank Howie visited Tavane Mission in February, 1992. Pastor Simeon Mathe told him at that time, “We sleep with fear.” Soldiers guarded the mission and slept in the church. A sentry was wounded on the very night of the visit. [7] On February 15, 1994, the last soldiers departed from the Tavane Mission. It was left very much in ruins. [8]

Benjamin Langa wrote an account of the history of the Mozambique Church of the Nazarene for the seventy-fifth anniversary celebrations in 1998. In May 1998 he suffered a severe stroke and was in hospital in Maputo. He made an excellent recovery and was soon able to return home. On June 17, 1998, Mrs. Alice Langa succumbed to cancer and passed away at home.

Rev. Benjamin Langa went to be with the Lord on 25 January 2010. He is survived by his daughter Margarida, and seven other children: Veronica, Isaias, Violeta, Lisa, Maria, Bessie and Benjamin as well as a large number of grandchildren. We commend this great and faithful servant of God into His hands.[10]

This article is reproduced, with permission, from Living Stones In Africa: Pioneers of the Church of the Nazarene, revised edition, copyright © 1999, by Paul S. Dayhoff. Updated 2010. All rights reserved.