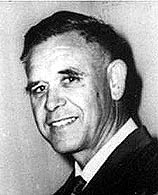 Rex Henry Emslie was a descendent of the 1820 English settlers. He was born in Grahamstown, Eastern Cape, on October 12, 1913, grew up in Durban, Natal, and became a building contractor. He accepted Christ as a boy of eleven and from the age of eighteen worked with Baptist missionaries, named Burns, among Tamil-speaking Indian people. He was a well-trained cabinetmaker but his constant joy and goal in life was to proclaim the good news of salvation. Seeing such a need among these many descendants of immigrants from India, Rex felt he could not merely sit in church services on Sundays.

Rex spent five and a half years in the South African Air Force during World War II and served with General Montgomery’s famous troops in North Africa and Italy. He was entirely sanctified in the Egyptian desert after reading Oswald Chambers’ book, So Send I You. He had felt that his Christian life was unfruitful and beset by regressions. Prayer and Bible reading now became his delight and others were saved in his squadron. After the war, Rex returned to Durban to pastor a Tamil congregation.

Mrs. Beatrice Lilian (Levenson) Emslie (1924-) came from a nonChristian home. Her parents emigrated from England when they were children. Her paternal grandfather, Mr. Hyman Levenson, was a Jewish immigrant from Russia. Betty was always proud to acknowledge this fact and gladly referred to the early 1900s in Cape Town when her grandfather publicly sponsored the cause of people that were removed from their homes. This led to many clashes with the authorities, even imprisonment.[1]

She praised the Lord for His goodness to her, “He lifted up the beggar…to set him among princes.” Two Christian relatives helped her through her early years of school, and she studied radiography. She began attending church when she was sixteen and became a believer.

After three years of a glorious Christian experience, she found the reality of the work of the Holy Spirit and was sanctified wholly when Rex shared with her his experience of sanctification.[2] Both of them were testifying and preaching in open air services in Johannesburg at the time they met. They were married in October 1946. After marrying, they together pastored the Tamil church in Durban, Natal. They had three children, Megan, Donald and Jennifer.

The Emslies applied to be missionaries and were appointed by the International Holiness Mission in 1947. They then became Nazarenes in 1952. For a brief time, they were at Acornhoek where Rex built a home for missionaries Dr. Harold and Mrs. Lettie Jones.

They served for fourteen years among the Northern Sotho people at The Downs and Blouberg in the Northern Province. Rex built a fine missionary home in the mountains at The Downs. Betty learned to speak the Pedi language fluently. Miss Elina Pasha at The Downs found the Lord and was called to Christian service through Betty’s ministry. Rex “Motlalepula” (he who brings rain) built much needed buildings including a hospital at Blouberg and enjoyed serving as mission treasurer. He studied by extension with the Nazarene College in England and was ordained in 1957.

In 1962 they began a fruitful ministry in Durban. Along with Rev. Joseph and Mrs. Ellen Penn they began the work of the Nazarene Mission among the Asian (Indian) people. One year was spent in Capetown where Rex built the parsonage and church buildings at Steenberg. The Emslies had a large part in the beginning of the churches at Chatsworth, Merebank, Shallcross and Northdale.

Rex Emslie really enjoyed visiting the U.S.A. during their furlough (home assignment) times and he said he wished he had been born an American. He once said, “When you go on furlough you will feel like you are coming out from a corner covered with sacks!”

For much of the time until retirement in 1979 Rex served as the mission director, and he built many fine churches and parsonages, including those at Chatsworth. The Natal district was organized by Rex Emslie in 1972. The last three years before retirement the Emslies taught at the Rehoboth Bible College in Cape Town and during that time Rex built the Mannenberg Church.[3]

Betty reported a vastly greater response from Indian people in Durban compared with what there had been fifteen years previously. They went out into the streets with a bell, mats, and benches to hold wayside Sunday Schools, and children came running from their homes. The churches were started with cottage meetings. The Emslies were instrumental in the sanctification of Ahmed Subjee, who came from a Muslim background and became a pioneer preacher. In 1970, Betty donated the money she received for writing the missionary reading book, With Both Hands, towards building the parsonage at Merebank.[4]

Betty wrote this tribute to her husband:

All races attended his funeral. Many denominations were represented: Nazarene, Methodist, Baptist, Presbyterian, Pentecostal, Catholic, and others. We all rose up to call him blessed….I thank God for the privilege of having been wife to this good man who was full of faith and of the Holy Spirit.[5]

Rex Emslie often slipped away to his study to pray. The family knew that he would rather pray than do anything else. He once said to Betty, “I suppose you could call me a mystic.” She explained further, “His prayer life was one of worship and the times we prayed together he would praise and adore until his face glowed.” Rev. Rex Emslie was a humble, faithful servant of God and a living example of the holiness message that he had devoted his life to proclaiming.[6]

After Rex passed away Betty earned her M.A. degree in New Testament at the University of South Africa. Mrs. Betty Emslie lived with her son, Don, and family at Westville in the Durban area and was involved in part-time preaching and spiritual counselling ministry (1997).