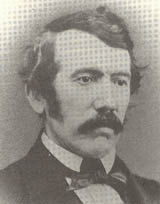 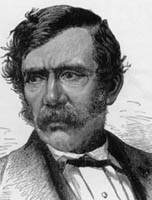 He first came to South Africa in 1841 to found a mission station among the Kwena of SECHELE. Tired of working in one place, in the late 1840s he explored northern Botswana in search of new mission fields. In 1851 he reached the Zambezi River where he met the Kololo king SEBITWANE. Livingstone was enthused by the idea of opening a mission among the Kololo; he set as his life’s work expanding Christian frontiers in Africa. Several years later he returned to the Kololo, now ruled by Sebitwane’s son SEKELETU. With their aid he walked to Luanda on the west coast, and then to Quilimane on the east coast in search of a practical route inland (1853-6). Along the way he saw and named the Victoria Falls.

Livingstone returned to Britain to find his travels had caused a sensation, and he used his new fame to promote British interest in the Zambezi region. His lectures inspired the immediate founding of the Universities’ Mission Society. His own London Missionary Society launched missions to the Kololo and to the Ndebele of MZILIKAZI. Royalties from his popular book, Travels and Researches (1857), made him independently wealthy and enabled him to resign from the London Missionary Society.

Livingstone returned to the Zambezi River as British consul, in charge of an exploration expedition (1858-63). His most significant achievement on this trip was his exploration of Malawi which laid the basis for later British colonization.

During his last major expedition (1866-73) Livingstone travelled through western Tanzania, eastern Zaire, Malawi and Zambia. He resolved some questions about the source of the Nile and Congo Rivers, but his real achievement was to publicize these regions to the outside world. His somewhat exaggerated descriptions of the slave trade encouraged European intervention and eventual occupation of Eastern Africa. His reputation in Europe was boosted tremendously by Henry STANLEY, who visited him at Lake Tanganyika (1871), and then returned home to portray him as a martyr in the cause of African redemption. After his death. His body was returned to England by several African employees–the final touch to his legend.

Of the many studies of Livingstone, see esp.,