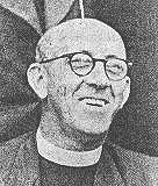 Josias MacLachlan was trained as a pharmacist but became a minister and a holiness preacher. In 1939, while conducting independent holiness mission work at Beaconsfield, Kimberley, he met a Nazarene missionary, Mrs. Laura Ferree, who gave him a copy of the Herald of Holiness and a church manual. He subscribed to the Herald. After carefully studying this literature, he wrote to General Superintendent, Dr. J. G. Morrison in the U.S.A., inviting the Church of the Nazarene to come and start work among the white people in South Africa.

He told his friends, “This is my church.” In 1944, he discussed with a friend, Rev. S. F. Finnemore, certain liberal tendencies in the denomination with which they were affiliated. Rev. Finnemore asked for his advice. Referring to the Church of the Nazarene, MacLachlan replied, “I do not know when, but I know they are coming, for a group that believes what they believe will have to come to South Africa. They cannot have that kind of religion and stay away. So I’m going to wait until my church comes.”[1] Rev. MacLachlan and Rev. Finnemore were the first two pastors to be ordained on the South African District.

Rev. MacLachlan and his wife, Marie, joined the Church of the Nazarene in 1950 when a beginning was made in Vereeniging, fifty miles south of Johannesburg. MacLachlan was elected district treasurer at the first synod in 1950. He was ordained that year by General Superintendent Hardy Powers and appointed to pastor the new church at Three Rivers (Vereeniging).

Starting with four charter members, the congregation led the district by becoming self-supporting within three years, with a membership of thirty. The great test came later when some of their strongest supporters moved away. The pastor’s salary was seriously reduced for two months and the church board urged him to apply to the district for help. However, he replied, “God led us into self support and he will provide for us. We can trust him completely.” Three weeks later thirteen new members joined the church and the finances again began to fully meet their needs. This accomplishment inspired the Vanderbijlpark Church to become self-supporting and all of the churches in the district drastically cut their subsidies.

In 1960 the MacLachlans went to Johannesburg Central. When it merged with Regents Park Church, he continued to pastor there until retirement in 1970.[2] In 1961, two young people from the Johannesburg Central Congregation went overseas to prepare for Christian service. Miss Yvonne Liebenberg went to the Immanuel Bible College, Birkenhead, England and then worked with Wycliff Bible translators in Nigeria. Mr. Phillip Bedwell enrolled in the Nazarene Bible College, Manchester, England. He then went on to do his Masters of Divinity Degree at Nazarene Theological Seminary in Kansas City, Missouri, U.S.A., and became a Nazarene missionary in South Africa. Miss Francis Courtney-Smith was also from the Johannesburg congregation. She attended Olivet Nazarene College, U.S.A., trained as a nurse and became a Nazarene missionary. She retired in 1997.

After that, Uncle Mac, as he was fondly called, continued to pastor various congregations. He and Rev. Currie van Rensburg conducted the first evangelistic campaign in Windhoek (Namibia).[3]

Marie MacLachlan (1900-1971) never sought the limelight but she had the God-given ability to bind the congregation to the manse. There was always more soup for an extra guest or two. Auntie Marie was a beloved wife and companion, a pastor’s wife and spiritual mother to many.[4]

After she passed away, Uncle Mac married Emma (d.1991). Uncle Mac brought a wealth of experience and a rich ministry into the Church of the Nazarene. Not only was he a pastor but also an evangelist and a lecturer at the Bible College. He sponsored outreach programs and was a leading minister in the district organization. As a South African, the term “retreat” was new to him. He would say, “It’s all right to go on retreat so long as we advance afterwards.” In a letter dated 1993, June Alexander wrote “How Uncle Mac loved his people! How they loved him!”[5]