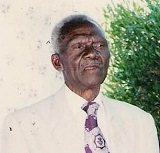 Thompson Mkhonto found the Lord at the Cottondale Mission and attended Sweetwaters Bible College in Natal in 1950. He was a pioneer pastor in the eastern Transvaal (part of Northern Province).

He pastored faithfully starting churches under trees at Dumfries and Newington and they developed well. This involved long hours of travel into the bush on bicycle, often at night. He sometimes met bandits who threatened to kill him. Flash floods often prevented him from crossing rivers and entailed long detours. One night he passed lions at Newington. They killed some girls who were travelling behind him.

When he visited homes, people sometimes cursed him and chased him away with sticks. A young man in the church wanted to court a certain girl and Pastor Mkhonto advised him how to go about it as a Christian. The man was not a strong Christian and did not like this advice. At l:00 o’clock one morning he came to the parsonage with a stick to beat the pastor but God helped Mkhonto and the man left.

At Dumfries, the grass-roofed church burned. The arsonist was seen running away from the scene. He had destroyed the building because the pastor was urging people to come to church and find salvation. The Christians helped Mkhonto to rebuild it and the congregation grew. His daughter, Mrs. Nellie Mnisi, tells that on three occasions at Dumfries she saw demonic paraphernalia brought to the church and burned. These included clothes, white and red cloths, money and goats. The goats that had been dedicated to the ancestral spirits were killed and also burned.

Mkhonto once visited a homestead where the izangoma (traditional doctors/diviners) were working. He tried to witness for the Lord and found a woman who was demon-possessed. He ordered the evil spirit to come out of her in the name of Jesus. It replied that it did not like the Bible and prayer. It said it would leave temporarily and go on a visit but would return at 7:00 that evening. The woman found the Lord, continued to pray and was completely delivered from the evil spirits. In many cases, sick people recovered through prayer.[1]

One day, in about 1960, Mrs. Focelina Khoza, living near the present church at Thulamahashe, stopped Thompson Mkhonto as he rode by her home on his bicycle. She asked him when the church would start holding services in her town. Mkhonto followed up her request and as a result workers from Acornhoek, with the help of missionary Miss Ruth Matchett, began meeting there every Sunday under a tree. A great church and center for the eastern district developed at Thulamahashe.[2] 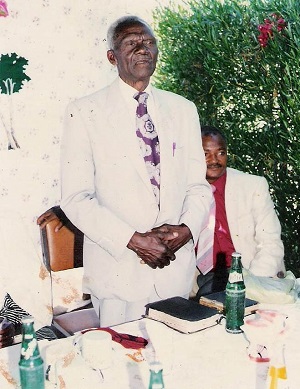 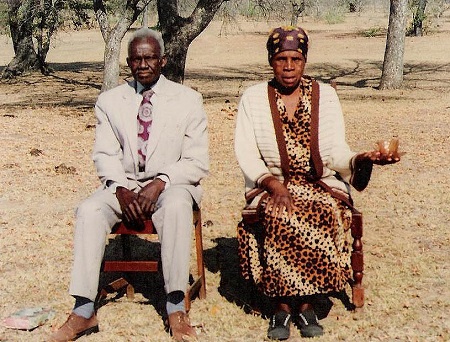