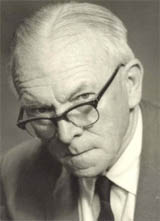 There is a lovely road that runs from Ixopo into the hills. These hills are grass-covered and rolling, and they are lovely beyond any singing of it. The road climbs seven miles into them, to Carisbrooke; and from there, if there is no mist, you look down on one of the fairest valleys of Africa? [1]

These are the opening words of Cry, the Beloved Country, perhaps the most famous novel ever written about Africa. Alan Paton, a Christian author, prison reformer, and liberal politician wrote the work in 1948. It soon was translated into over twenty world languages and was made into a film and a play, calling further attention to South Africa’s racial inequities.

Paton was born in the British colony of Natal in South Africa on January 11, 1903. As a child he was exposed to the Bible and the great classics of English fiction. Paton became a high school teacher and in 1935 was named principal of the Diepkloof Reformatory for nearly seven hundred young black offenders, where he gained a reputation as a progressive reformer. For example, each evening the young offenders were locked up, twenty to a room, with one bucket for water and another bucket for urination and defecation. “The stench was unspeakable,” he wrote. Paton arranged for the cells to be unlocked at night, allowing the young men to use the lavatories. This produced not only greater trust in them, but a sharp decline in typhoid fever, which until then had caused many deaths.

Paton was a founder of the Liberal Party in 1953 and became its president. Harassed by the government for his opposition to apartheid, he and his party were banned in 1968 and Paton’s passport was confiscated. If he gained the government’s ire, antiapartheid activists found his gentle Christian-liberal solutions too weak, and Paton was left to pursue a lonely middle road with only a modest number of followers. Always an idealist, he recalled the resolve of his university days “that life must be used in the service of a cause greater than oneself.”

It was during a 1947 study tour of prisons in Europe and the United States that Paton began work on Cry, the Beloved Country. In the novel, the elder Jarvis, whose son is killed by a young black, emerges from his world of white separateness. Meanwhile, the old African pastor, Stephen Kumalo, whose son is the murderer, also emerges from his own isolation and takes steps to prevent other youths from following a course similar to his son’s. Informing Paton’s work is an irenic world “where the wolf lies down with the lamb and they do not hurt or destroy in all that holy mountain.” It is the vision of John of Patmos of a world “where there shall be no more death, neither sorrow, nor crying.”

While he was teaching at Ixopo, an earthly paradise with “a prodigal endowment of hills and valleys and rivers and streams,” Paton joined the Anglican Church of the Province of South Africa. His works were published to international acclaim. Too Late the Phalarope (1953) explored the exploitative relationship of a white police officer with a young black girl after introduction of a law specifically prohibiting sexual relations between races. Short story collections like Tales from a Troubled Land (1961) and his autobiographical works, Toward the Mountain (1980) and Journey Continued: An Autobiography (1988), contained similar themes. Paton died on April 12, 1988, at home, near Durban, South Africa.

A note of sadness pervades his work, as in this passage for which his best-known book is named:

Cry, the beloved country, for the unborn child that is the inheritor of our fear. Let him not love the earth too deeply. Let him not laugh too gladly when the water runs through his fingers, nor stand too silent when the setting sun makes red the veld with fire. Let him not be too moved when the birds of his land are singing, nor give too much of his heart to a mountain or a valley. For fear will rob him of all if he gives too much.[2]