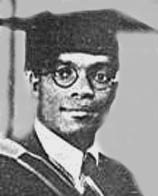 Mr. J. Russell Saoli was a pioneer educator at Arthurseat Mission in southeastern Northern Province. He was born at Thabachicha, Matatiele, Eastern Cape. His father, Mr. Jonas Saoli, was a builder and carpenter in the Church of England. He built many church buildings and homes for the denomination. He died when Russell was fourteen years of age and left the word that his son was to be a teacher or a minister. Russell, the youngest child, did not, however, receive any part of the inheritance. Russell Saoli’s mother, Amelia (1873-1959), was a devoted Christian and prayed for her children. Her last words, when she passed away at Acornhoek, were, “Now I will rest. I am tired.”[1]

Completing his teacher’s training in the Cape in 1933 he was still too young to teach there so he found employment as a secretary at Warburg in Natal. Responding to an advertisement in the newspaper, Ilanga laseNatal, Saoli came to Siteki Nazarene Mission, eswatini, as a teacher in 1935. The missionary, Rev. William C. Esselstyn, helped him greatly in many ways. He heard about conversion and entire sanctification for the first time. During a revival that year he gave his life to serve the Lord.

The next year he went home and married Miss Esther Mulutsoane (?-1983), daughter of a preacher, Rev. Zacheus Molutsoane. In 1937 Saoli managed a large school of over 1,100 pupils and over 30 teachers in Bloemfontein, Orange Free State. He also wrote the London College of Preceptors Local Examination.

The Saolis arrived at Arthurseat (Ka-Mpisane, Acornhoek area) in 1938. There were only 38 pupils to start with but under Saoli’s leadership a great school was established on the mission. He continued his studies and in 1939 he completed his Commercial Matriculation. Away studying during 1943-44 he attained the BSc and ACP degrees.[2]

The Arthurseat School was the first in that area and for a long time only boys came. The people refused to send their girls to school. Teacher Saoli taught Bible memory verses as part of the curriculum. Those were beginning days when churches met under trees. People were afraid to enter houses of prayer. No one could read so the educational work was parallel to that of preaching the gospel.

In November 1952 revival came like a flood. At morning prayers one day students began flocking spontaneously to the altar to pray. They were hungry and thirsty for the Spirit of God. Many asked to borrow money for train and bus tickets to go home to make restitution and pay debts. The revival was still continuing when they returned. The government school inspectors came but were told that God had appeared and there was no teaching. They returned the following week. The revival was still continuing like a great fire.

It spread to the homesteads around in the whole area and many people came to the mission and repented. The inspectors just told them to send a report of student progress to Pretoria as examination time had passed. However, with permission the public examinations were written late and the children passed with distinction to the great surprise of the Education Department officials.[3]

Russell Saoli wrote and translated some choruses and hymns for the revival. From this beginning he edited the first Nazarene hymnal in Pedi, Melodi ya Tumelo (Hymns of Faith). He exercised a great Christian influence on the lives of many students passing through the school. Saoli worked with government officials and missionaries with great skill and many times gave just the right advice for the particular situation. [4]

In 1966 when the school was taken over by the government, Saoli was offered many important and lucrative positions. He, however, stayed true to his calling and to the church and became editor of church publications in Florida (Johannesburg area). He felt the calling to Christian publishing as a ministry. As he was proficient in most of South Africa’s vernacular languages, he was well qualified for this work.

He also operated a correspondence school to help pastors upgrade their education. He sometimes preached and was the district treasurer for the church in Johannesburg for many years as he had been previously in southeastern Northern Province.

Mr. and Mrs. Saoli were living in Soweto in 1982 when in September of that year their son Chamberlain was killed by a bus.