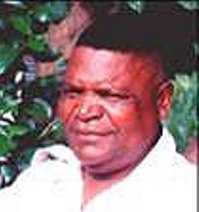 Bongi Enoch Shabangu was born in 1937 in Justicia. In 1945, he started school at Greenvalley, near Acornhoek, later completing higher primary school at Arthurseat Mission and passing his Junior Certificate at Lekete High School

As a boy he found the Lord and forgiveness for his sins. In 1953, he began to feel God’s call to preach the gospel and during 1960 to 1962 he completed three years of ministerial training at Siteki Nazarene Bible College in eswatini. While at Bible College in 1962, he wrote:

God has done four things for me. In the first place I saw that I was a sinner and He was merciful to me. When I remember the trouble I was to God, my parents, our whole community and to my own body, I am frightened. I can only say, “Thank you, Lord, for forgiveness.” Secondly, I thought that forgiveness of sins was enough. Then at Bible College in 1960 I began to see the need in my heart. I surrendered completely to the Lord for heart cleansing. Thirdly, He began calling me to His work in 1953 through the words of Romans 1:l6, “I am not ashamed of the gospel, because it is the power of God for the salvation of everyone who believes,…” but I did not understand it fully. Then in 1958 while I was teaching at Edinburgh School, I felt a great burden for our people dying in their sins. Then in camp meeting at Arthurseat the candles were lit on the last night and God impressed greatly upon me the need of His people. My blessing was that I agreed. In the fourth place I felt deeply the debt I have of death along with everyone else. What makes me happy is that all who die in the Lord will be saved. We can look forward to it.[1]

In 1961 he wrote about how the gospel should be presented to educated people and those in high positions. “Some of them live sinful lives and need the gospel. Should we use passages like Galatians 5:19-21, ‘The acts of the sinful nature are obvious: sexual immorality, impurity and debauchery; idolatry and witchcraft;…’? Should we pass lightly over their sins or confront them directly with them?” He continues:

Inasmuch as we know that God’s word is like a double edged sword it is fitting for us to approach learned and important people with love and humility. If we trust to neither treating their sins lightly or denouncing them as sinners we will win many to the Lord? Yes, we always need to advise them. We read in II Timothy 3:16, ‘All Scripture is God-breathed and is useful for teaching, rebuking, correcting and training in righteousness…’ However, approaches that are not invitational are not usually helpful. Let us show them respect and seek to persuade; then we will be able to establish relationships with such people.[2]

In 1964, he married Mrs Dalinah Shabangu. She was a nurse and trained at the Ethel Lucas Memorial Mission Hospital at Acornhoek. They were blessed with four children: Caleb, Fikile, Nikiwe and Timothy, who died in an accident as a young man. The tragic death occured in April 1997 when the hut that Timothy (then twenty-one years old) slept in caught fire.[3]

The Shabangus would go on to lead Nazarene churches in the Eastern Transvaal Lowveld, Limpopo Province, at Scorcia, Hoedspruit, Greenvalley, Cottondale and Mkhuhlu. Shabangu was ordained by Dr. George Coulter in 1973. However, his life did not solely revolve around preaching. In 1970, he completed his Primary Teacher’s Certificate at Tivumbeni. He began his teaching career at the Timbavati Primary School in 1971 and went on to teach at Greenvalley in 1974. He later entered school administration and served as a principal for nearly sixteen years, heading Tiyani Primary school, Mukhumbini school, and Mapaleni Primary. He retired from teaching in 2001 but continued pastoring at Mkhuhlu.[4]

On Saturday, July 3, 2004 at 5:00 a.m. while travelling to officiate a wedding far to the north at Giyani, Enoch Shabangu was fatally wounded in a car accident near Dwarsloop and died in the Bushbuckridge hospital.

As a faithful and effective bivocational pastor, Rev. Enoch Shabangu had an influential ministry throughout the Eastern Lowveld. 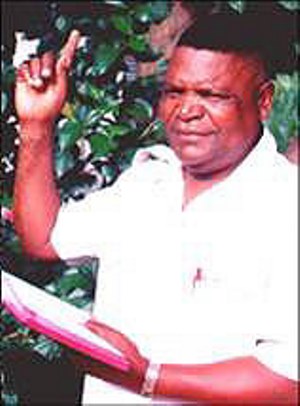 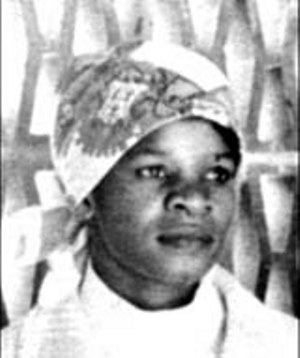