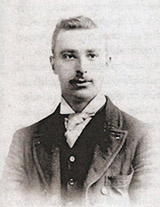 John Briggs and the Mvumi Mission

John Henry Briggs spent forty-six years in what was a formerly remote area of what is now central Tanzania. He was the founder of the Mvumi Mission and, with the help of others, made it into a significant secondary boarding school and hospital in the Anglican Diocese of Central Tanganyika.

Briggs was born in Great Amwell in Hertfordshire, England in 1868. He received an education through standard six. He faithfully attended Sunday school. At the age of sixteen, the teachings of scripture took on special meaning, and he became profoundly committed to Christ. At the same time, he was apprenticed to wholesale nursery gardeners. This had significant usefulness in his later missionary work.

After six years, he felt the call to mission and applied to the Church Missionary Society (CMS). His references were good and the committee considered his application in October of 1890. To test his ability for mission work, he was asked to spend twelve weeks with Reverend Cornford and he received a favorable recommendation. He was accepted for further training at the CMS Training College in Islington. There academic subjects were taught in the morning and medical studies in the evenings. Afternoons were for heavy practical training in carpentry, blacksmithing, tinsmithing, cobbling, printing, and gardening. [1]

After training for less than a year, he sailed for East Africa, arriving in June of 1892. At this time, the Church Missionary Society supplied a series of missionary outposts from the East Coast of Africa to Uganda. The means of transportation was walking with porters over difficult terrain. The main outpost in the central portion of this route which is now Tanzania was Mpwapwa. This route had been used for years by Arab slave traders. In fact, when David Livinstone died in1873, his body was carried back to the coast through Mpwapwa. Here Briggs worked with Rev. J. C. Price, a loving man who was devoted to the Lord and to the local people.

Briggs worked in a nearby village of Kisokwe. He put his building skills to work and supervised the building of a stone church. He used these practical skills throughout his life. Meanwhile he learned the trade language, Kiswahili, and the local language of the Wagogo tribe, Chigogo. During this period, the villagers of the region suffered through severe droughts and a small pox epidemic.

1900 was a significant year. The Diocese of Eastern Equatorial Africa had been divided into the Diocese of Mombasa and the Diocese of Uganda in 1898. The new Bishop of Mombasa was William George Peel. He came to the area in 1900, walking some 800 miles through the region in the first ten weeks. With Briggs, he walked from Mpwapwa to Mvumi, some fifty miles to the west. There they found the local chief, Chief Mashena of the Wagogo people receptive to missionary influence. He gave them the top of a nearby hill for a mission station.

Also in 1900, Briggs married Rose Colsey, a CMS missionary who had been in East Africa for six years. They moved to Mvumi where Briggs began building Mvumi mission house and Rose began teaching. Though they faced multiple challenges such as East Africa being under German control, frequent droughts, and a lack of transportation (except by donkey), they made progress. Rose delivered baby Joan in December of 1901. They started a school for catechumens, acquired medicine for a clinic, and made itinerations out to nearby villages. Itinerations involved two-week long treks of teaching and holding services in primitive surroundings. Through their diligence they developed inquirers and prepared converts to be baptized.

In 1905, while on the way to England for home leave, Rose, then six months pregnant, tragically died. John continued to England with Joan. The historical record on what became of Joan is vague, but it appears that after her mother’s tragic death, she went to live in England with Rose’s oldest brother, Thomas Colsey, his wife and their only daughter Dorothy Rose.

John returned to Mvumi that year. In 1907, he again married a missionary, Violet Attlee, and they continued the mission at Mvumi. They were joined by Elizabeth Forsythe and Effie Jackson. This marked the beginning of a period of sustained growth. During this time, Briggs felt he would be more effective if ordained. He returned to England for a short period of study and was ordained to the priesthood on November 23, 1913. Unfortunately, they and other Anglican missionaries were interned and frequently moved from place to place in German East Africa during the First World War. John wrote about these experiences in The East Africa War Zone.

After hostilities ended in the region, Violet and John went home to England and then returned to Mvumi in 1919. The mission station was in shambles and John immediately began rebuilding. After the deprivations suffered during the war, the local population was ready for renewed evangelization. Unfortunately, only six months after returning, Violet died of diphtheria.

During the prewar period, several African teachers arose from the mission schooling. Two men of outstanding ability, Andrea Lungwa [3]and Andrea Mwaka [4], were trained at Bible school in nearby Kongwa. Andrea Lungwa was head of the school at Mvumi during the war, but unfortunately died of influenza shortly thereafter. Andrea Mwaka was ordained into the ministry in 1924 and became a canon in the newly formed Diocese of Central Tanganyika in 1933. An Anglican secondary school in Dodoma is named after him.

In 1921, John again married a missionary, Annie Barling, from the Church Missionary Society of Australia. Work continued at Mvumi, but financial support from CMS England fell short. Also, after the war, Tanganyika became a British protectorate. This helped to some extent as the new British government supported schools. The British government also gave more support and authority to the local chiefs. Chief Mazengo of the Wagogo tribe and of Mvumi was a longtime collaborator and a friend of John Briggs. He actively supported the hospital, demanding that women go there to give birth rather than birthing with the traditional midwives.

In 1926 CMS Australia began to become primarily responsible for mission work in Tanganyika. Bishop Chambers of Australia became the bishop of Diocese of Central Tanganyika. His fund-raising abilities brought new life to the diocese and to Mvumi. The school became Mvumi Girls Boarding School in 1929. Work was begun on Dodoma Cathedral in 1932. Briggs became archdeacon of the diocese and was made an Officer of the British Empire (OBE) in 1934.[5] In the same year, Briggs was architect and builder of the new hospital at Mvumi. The single ward of the dispensary became a men’s ward. Pediatrics, maternity, and women’s wards were added to make a quadrangle. This led to a significant decrease in maternal and neonatal deaths in the area.

By 1938, as Briggs and Annie were struggling with health problems, he resigned from CMS Australia. John had given forty-six years of missionary service. They moved to Normanhurst, a suburb of Sydney. He continued to have problems with angina and died of complications after a major surgical procedure in 1944. He was seventy-six.

His legacy continues as DCT [Diocese of Central Tanganyika] Mvumi Secondary School and Mvumi Hospital. The hospital is designated as a government hospital under DCT management. There are schools for clinical officers, nursing, and medical technology.

Knox, Elizabeth. Signal on the Mountain, The Gospel in Africa’s Uplands before the First World War. Canberra: Acorn Press Ltd, 1991.

This story, received in 2017, was written by Doctor Martin McCann, a medical missionary with the Episcopal Church 2004-2015 who developed Mackay House Pathology Laboratory in Dodoma. He taught at Mvumi Hospital in the Clinical Officers School, 2005-2012, and Medical Technology School 2005-2009. 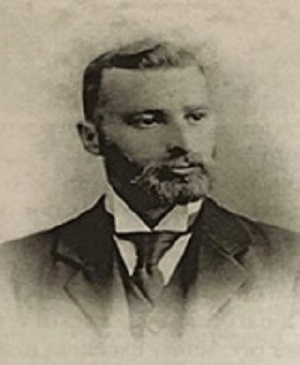 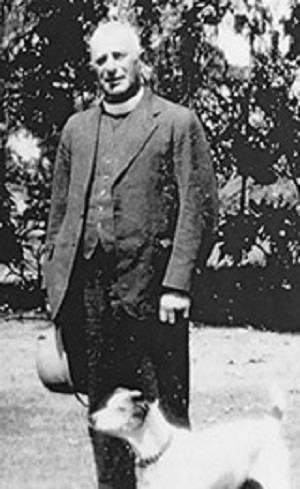