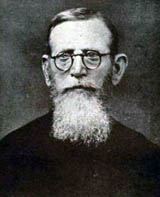 Francis Aupiais was a missionary, educator and ethnographer. Born in Saint-Père-en-Rentz, France, Aupiais entered the Society of African Missions (SMA) seminary in Lyon, France, in 1901 and was ordained priest in 1902. The next year he arrived in Dahomey (today the Republic of Bénin) where, except for being reassigned to Dakar during WWI (1915-1918), he served as a teacher, then as director of the mission’s schools until 1926. In 1925, he founded the Dahomean journal La Reconnaissance Africaine to promote recognition of the positive qualities of African traditions and to encourage and publish ethnographic studies of African societies by indigenous researchers. Upon his return to France in 1926, Aupiais campaigned for an end to the French practice of forced labor in the colonies. He became a member of the executive committee of the annual Louvain Missiology Week, organized by Jesuit missiologist, René Charles. From 1926 to 1928, he studied at the newly opened Institute of Ethnology in Paris. In 1928, he was named Provincial of the Lyon Province SMA, a position he held until 1931, and then again from 1937 until his death. Aupiais published Le Missionnaire (1938) in which he gave an overview of missionary life and work in colonial Francophone Africa. In 1939, he was appointed to the Academy of Colonial Sciences (today the Academy of Overseas Territories), and in 1945 was elected deputy in the First Assembly of the French Fourth Republic for the Dahomey-Togo ward but died before its inauguration.

Aupiais had a high regard for traditional African religious, social, intellectual, and moral customs. He found in traditional religion a fertile ground for Christianity and identified pierres d’attente (foundation stones) that prepared Africans for a transformation to Christianity: the religious essence of the African soul, the innate desire to please God and submit to God’s will, and the deep respect for ritual and its meaning in traditional religion. Aupiais believed that Africans could enrich Catholic liturgy if they were allowed to express in it their own understanding of humanity’s relationship with God. He integrated traditional music, costumes and dances into the celebrations of Christian holy days and advocated for Christianity’s adaptation of places of worship and religious practices from traditional religion.

Concerned about the detrimental effects of a radical rupture from tradition that mission schools required of his students, Aupiais implemented a strategy that valued and promoted indigenous culture by including the study of Dahomean folklore, songs, proverbs and sculpture in the curriculum. He promoted the training of an indigenous clergy and worked to ensure that seminarians were taught the value of traditional oral literature and how to practice its different genres. He warned against instilling in seminarians a European, rationalistic bias that would create a barrier in their relationships with their future parishioners.

Convinced that African indigenous populations possessed laudable moral and religious qualities before their Christianization, Aupiais sought to document cultural and religious ceremonies, practices, and oral literature and to prove to Europeans that a sense of moral obligation, reverence of the supernatural, and respect for tradition and authority were present in indigenous culture. In the journal Reconnaissance Africaine, he oversaw the publication of ethnographic studies of indigenous songs, tales, proverbs, customs, laws, religions, etc. by indigenous authors. Considering Dahomean art to be an effective medium with which to introduce Europeans to societies different from their own, Aupiais collected works of art for Pope Pius XI’s Universal Missionary Exhibition of 1925 and later organized art expositions in France. From 1929-1930 he made a documentary film on Catholic mission efforts in Dahomey, Le Dahomey Chrétien, and an ethnographic film of traditional religious ceremonies, Le Dahomey religieux. Aupiais’ ethnographic work often brought him into conflict with his SMA colleagues, who considered Aupiais’ view of traditional African religions to be overly optimistic. In March 1931, his superior, R. P. Chabert, censored the ethnographic film, prohibiting him from showing it.

This article was reprinted, with permission from the Boston University History of Missology website. Author Bruce Yoder was a missionary in the Republic of Benin with Mennonite Mission Network (the mission agency of Mennonite Church USA) from 1999 to 2009, and is currently (2010) on study leave to pursue doctoral studies at the Boston University School of Theology. 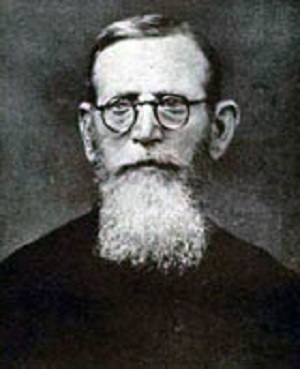 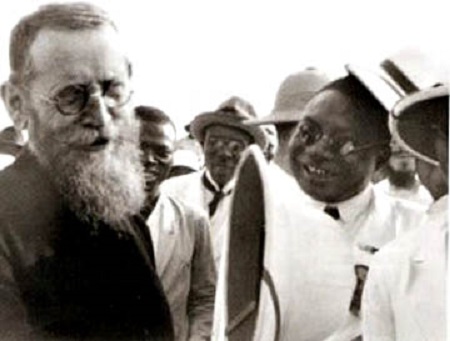