Marie Rafaravavy was one of the young Christians of her generation who were converted through the teaching of the London Missionary Society (LMS), and who refused to renounce their faith during the “Prohibition of Christianity” that was decreed by Queen Ranavalona I on March 1, 1835. She was of the same generation as the martyr Rasalama.

Rafaravavy, whose name means “the last born of the family,” was of noble birth, being the daughter of Andrianjaza, who was one of the dignitaries of the royal court. She was born in 1808 and was almost ten years old when the missionaries of the LMS arrived in Madagascar to preach the gospel. She was married, and she had one daughter.

Her conversion came about in a rather unusual manner. One day, she and her husband consulted a fetishist in order to be able to have a child. Quite a long time later, a young Christian came to see Rafaravavy. He read Bible verses to her, the content of which reminded her of what had happened when they had visited the fetishist. She was astounded at the resemblance of the facts [in the Bible story and in her visit], and decided to convert to Christianity. She was one of eight people who were baptized by a missionary named Griffiths in Ambatonakanga on June 5, 1831, on the occasion of a church dedication ceremony. She chose Marie as a baptismal name.

Queen Ranavalona, who succeeded Radama I, had little affection for Christianity. As a result, on March 1, 1835, she proclaimed that Christianity was prohibited in her kingdom - a step that spread fear in Antananarivo and the surrounding region. Shortly thereafter, all the missionaries were forced to leave the country and persecution began. All who were denounced as Christians had to renounce their faith or publically cut their ties to the Christian community by inveighing against it with horrible curses.

When the surveillance would let up a bit, Christians would take advantage of the situation to organize themselves and to encourage and strengthen one another. In Ambohitsoa, which was a neighborhood that was quite far from town, Marie Rafaravavy was the first to organize prayer meetings in her home. These prayer meetings had a powerful strengthening effect on those who were being persecuted, and other Christians began to organize meetings as well. Most of the Christians got into the habit of meeting at night in one home or another to pray together.

On Sunday July 17, 1836, Marie Rafaravavy was put to the test when three of her female slaves denounced her to Rajery, (who was one of the Queen’s counselors, and brother to Rainiharo, who was the Prime Minister). In doing so, the three slaves had hoped to win their freedom, but instead, they were put in prison by Rafaravavy’s father, Andrianjaza. They were only freed because Rafaravavy herself intervened, even managing to convert two of them to Christianity.

According to the rules established by the edict of King Andrianampoinimerina (who was succeeded by his son, King Radama I), the accusations of a slave were inadmissible. However, this did not keep the Queen from accepting the accusation that had been brought against Rafaravavy, who learned of the accusation the same day. It caused her much consternation, because she now had to choose to renounce God or die. Her father tried to convince her to renounce her faith, but after much time spent in fervent prayer, and in spite of the love and respect she had for her family, especially her only daughter, her husband, and her aged father, she chose not to renounce her faith. She was determined, and no threats or pleading could change her mind.

Nonetheless, in light of the services that her father had rendered to the Queen, he was permitted to implore a royal pardon. The death sentence was commuted to slavery, and it included the possibility that the parents of the guilty party could buy back her freedom. However, half of Rafaravavy’s goods became the property of the Queen, so she sold her house in Ambohitsoa, as meetings could no longer be held there, and moved to Ambatonakanga.

A year later she was denounced again, along with sixteen of her companions. Plus, the authorities tried to force her to denounce other Christians, offering to spare her life if she would consent to it, but she categorically refused. Friends posted bail for her, and she was allowed to go on living in her home in Ambatonakanga.

However, fourteen days after she had been arrested, there was a public announcement that her possessions were to be given over to the public. Since she had not been told of this, imagine how surprised she was when a crowd of people suddenly came to her house to take away her things! Everything was taken very quickly, including her house, which was torn down and hauled away. Plus, she learned that she was going to be put to death by being speared on the following day.

That night though, the entire neighborhood of Ambohimitsimbina caught fire. The fire was so extensive that flames even reached the court of the Queen’s palace. There was great fear and unrest in the whole city because the fire could not be brought under control. The Prime Minister, Rainharo, ordered a deferral of all official business, including the execution of Rafaravavy.

She was then taken to the house of a nobleman named Andrianandaina to be a slave there. However, her let her do as she wished, so she organized clandestine prayer meetings during which there was also Bible reading.

Denounced once again, she decided to flee with five or six of her companions. They wandered about for almost six months in the Vonizongo region, hiding in caves and comforting one another by reading Bible verses from pages that had been torn out of Bibles and carefully hidden in their clothes. On September 20, 1838, she went to meet a certain “Mr. Johns,” a former LMS missionary to Madagascar, who was waiting for them in Tamatave (Toamasina). From there, he helped her to escape to England along with her friends Sarah Razafy, David Ratsarahomba, Simeona Andrianomanana, and Josefa Rasoamaka.

They had travelled to Tamatave largely by night, on waterlogged paths that were being watched by palace emissaries who knew the fugitives quite well. In spite of those obstacles, they managed to reach Tamatave. Disguised as sailors and aided by Ramiandrahasina, a Christian officer, they were able to board a ship that left Tamatave on October 9, 1838, and arrived in England in late May of 1839.

Rafaravavy stayed in England for two years. She used a printing press that was given to her and published tracts and letters that served to encourage Christians in Madagascar.

She left England on Sunday, November 7, 1841, sailing to Mauritius in the hope of being able to return to Madagascar. However, persecution was still going strong there, and Rafaravavy had to settle in the town of Moka, in Mauritius. A house and a stone church were built for her there, and she was also given some land to farm.

She spent the rest of her life there preaching the gospel until her death in April of 1848. On April 23, 1848, her body was transported to Port-Louis in Mauritius, where she was buried.

William Ellis, Faithful unto Death: The Story of the Founding and the Preservation of the Martyr Church of Madagascar (London: John Snow and Co., 1876).

John W. Mears, The Story of Madagascar (Philadelphia: Presbyterian Board of Publication, 1873).

This article, which was received in 2008, was written and researched by Mrs. Berthe Raminosoa Rasoanalimanga, director of the FJKM National Center for Archives (1984-2007), and DACB Project Luke Fellow for 2008-2009. 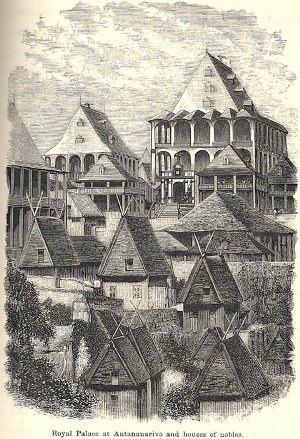 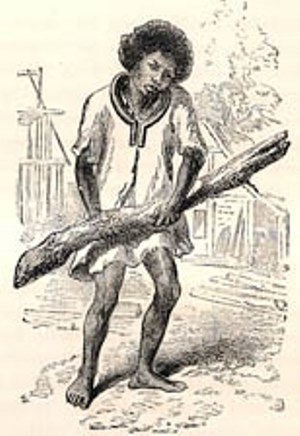 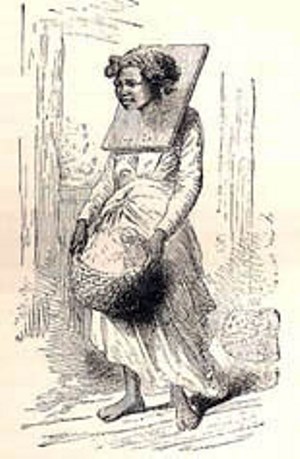