Simeoni Nsibambi was born and brought up at Buloba in the county of Busiro, in Uganda. At an early age, Simeoni showed such exceptional qualities that his father, Walusimbi Kimanje, a chief at Wakiso, appointed him as his successor despite the fact that he was not his eldest son.

He was educated at Mengo High School and at King’s College Budo, where he became Head Prefect. Uganda, as a British protectorate became involved in World War II and Simeoni joined the African Native Medical Corps. He was decorated for his services.

In 1920 he was appointed Chief Health Officer in the Kabaka’s government. He was a natural leader and included among his accomplishments those of singer, artist, footballer and wrestler.

During his war-time service, Simeoni became very conscious of a spiritual dimension to his life, and, in 1922 became a committed Christian. He very quickly began to show great concern for the social ills he saw around him and the corruption which he felt had invaded the Church of Uganda, of which he became an active member..

In 1925, Simeoni married Eva Bakaluba, the eldest daughter of Erasto Bakaluba, an earnest Christian member of the staff at King’s College, Budo. Simeoni and Eva had twelve children. The testimony of their family life, especially the high status accorded to Eva, was a model for their generation. He gave a generous welcome to colleagues and visitors of every nationality and ethnic background.

A meeting in 1929 between Simeoni Nsibambi and Dr. Joe Church, a missionary working in Rwanda, was a turning point in both their lives and emerged later as a precursor of the East African Revival. Simeoni resigned from government service to devote his life to winning people for Jesus Christ.

He was a member of the team which led a convention at Kabale, Uganda, in September 1935. This is often considered to be the first major event of the East African Revival which transformed much of East African Christianity during the next twenty years. Although not an eloquent speaker, his quiet yet profound preaching often led to remarkable manifestations among his listeners. His gentle yet penetrating understanding of people and his depth of Christian experience were an inspiration to many during this time. He shared in the leadership of missions and conventions in Uganda and Kenya. His wise counsel was sought by many. His was a wisdom which arose from his high intellectual abilities, his wide reading of Christian books and from His close walk with His God.

In May 1941, he was taken ill and was thereafter almost entirely confined to his house. From his home, for the remaining 37 years of his life, he continued to influence the course of the Revival. His many visitors were a tribute to his love of people, of whatever nationality, and his concern for their spiritual as well as physical wellbeing. 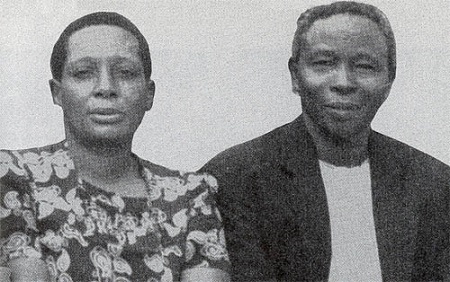